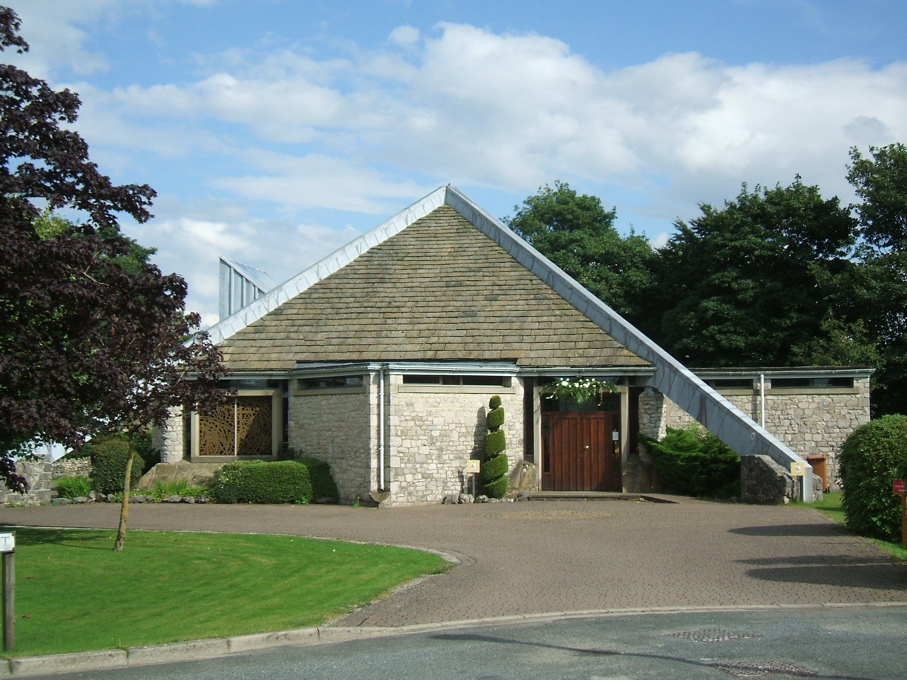 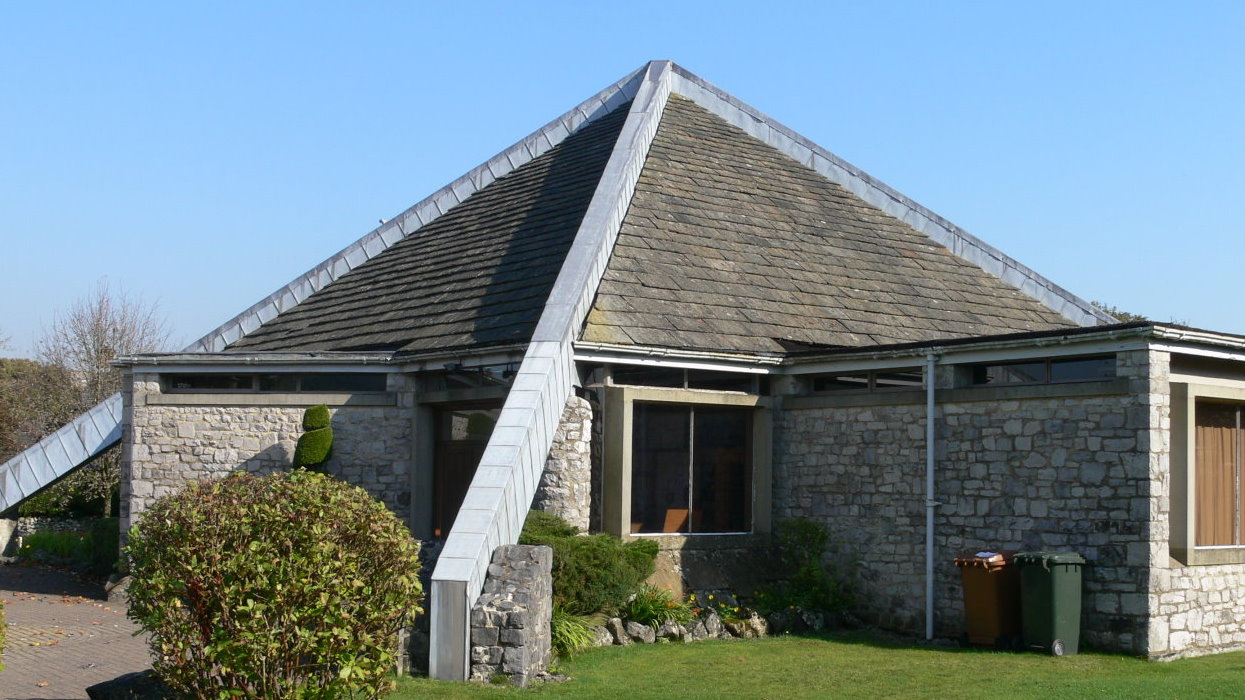 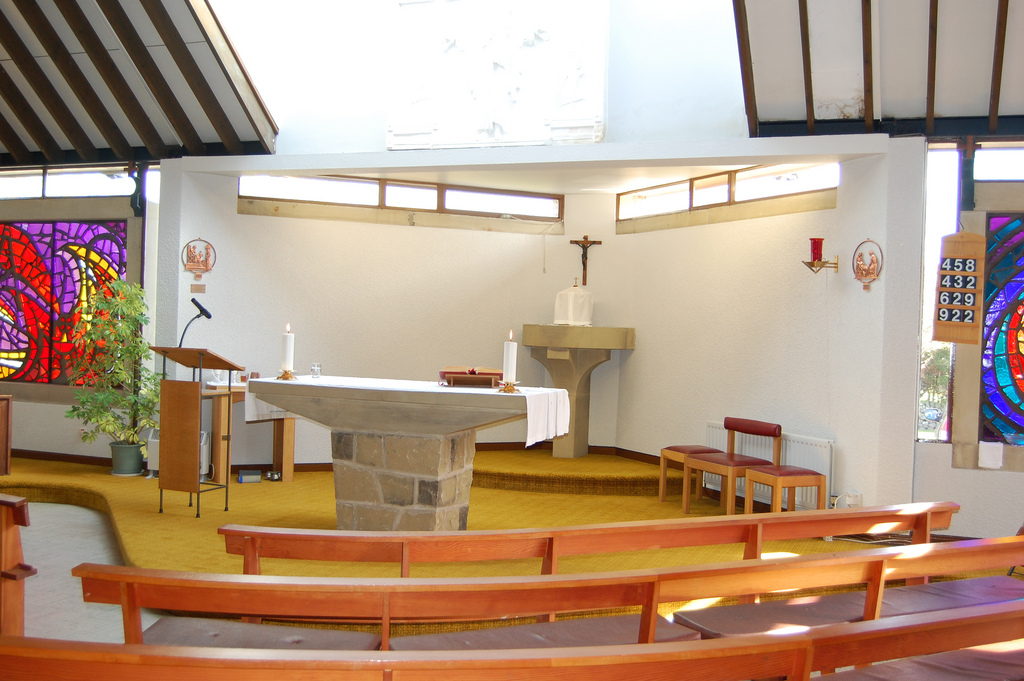 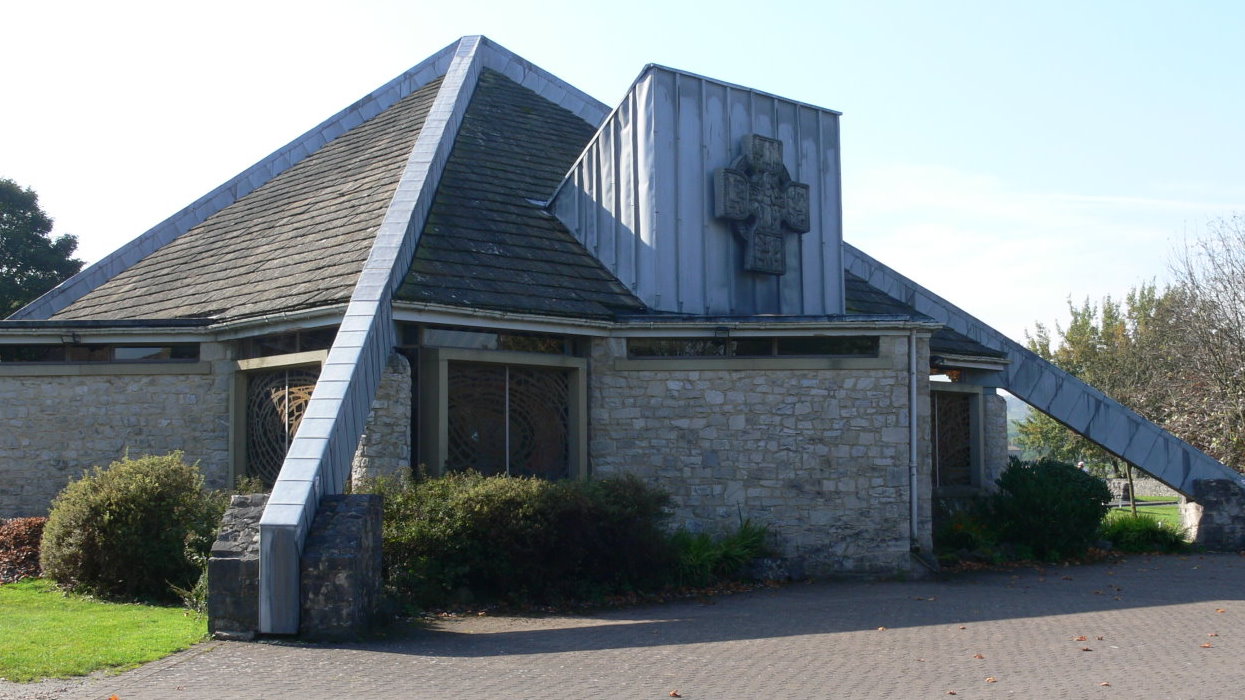 This small Roman Catholic church, 10 miles from Skipton in the the Yorkshire Dales National Park, is affectionately known locally as “Paddy’s Wigwam”, because of its distinctive form that gives the impression of a pyramid.

The design of the church, by Peter Langtry-Langton in 1973, was inspired by African churches he’d seen built using poles, wattle and palm leaves. The massive zinc-clad buttresses of the hipped roof extend from the apex to the ground, over the plan which is essentially two overlapping squares with approximately 13m sides, one at 45 degree rotation to the other.

The roof section above the sanctuary carries a raised partly-glazed structure which lights the altar and bears a Celtic cross on the exterior face. The walls are of random-coursed limestone, and the roof of stone slates.

Either side of the altar are pairs of Dalle de Verre stained glass windows by Jane Duff, made by John Hardman Studios in Birmingham. The Risen Christ relief panel above the altar and the Celtic Cross were designed by John Ashworth, while the architect designed the curved pews and interior liturgical elements.

The listing follows the Twentieth Century Society’s application to English Heritage in 2008.