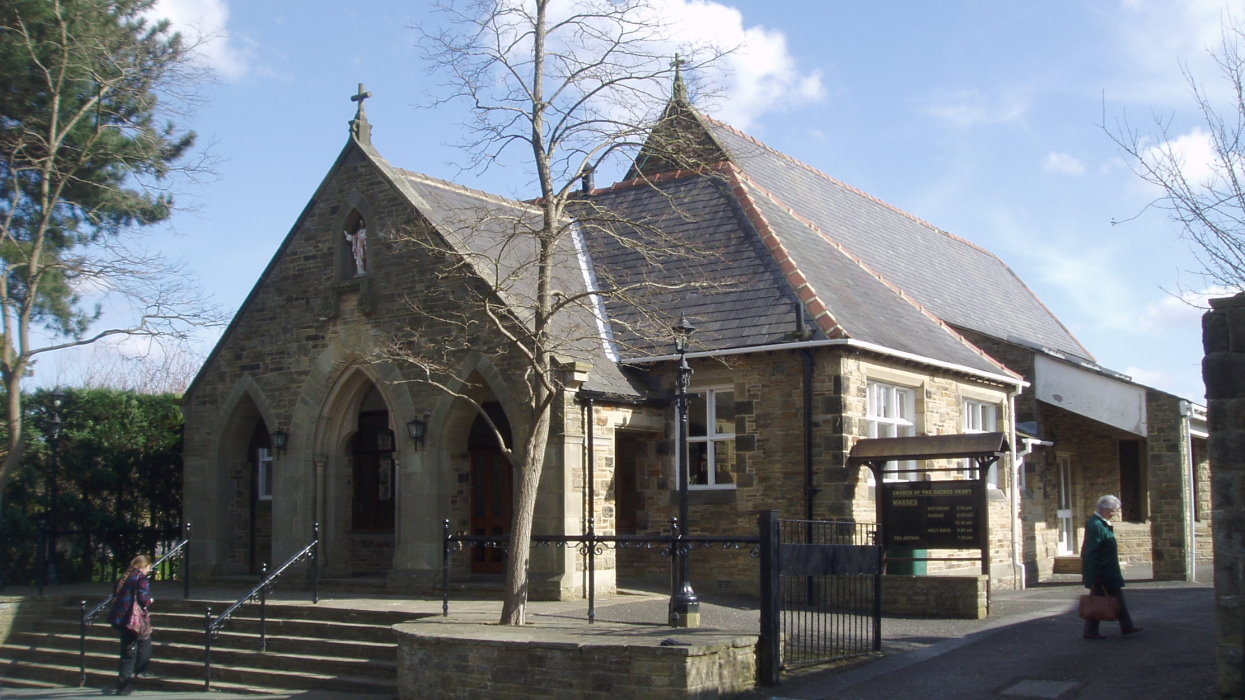 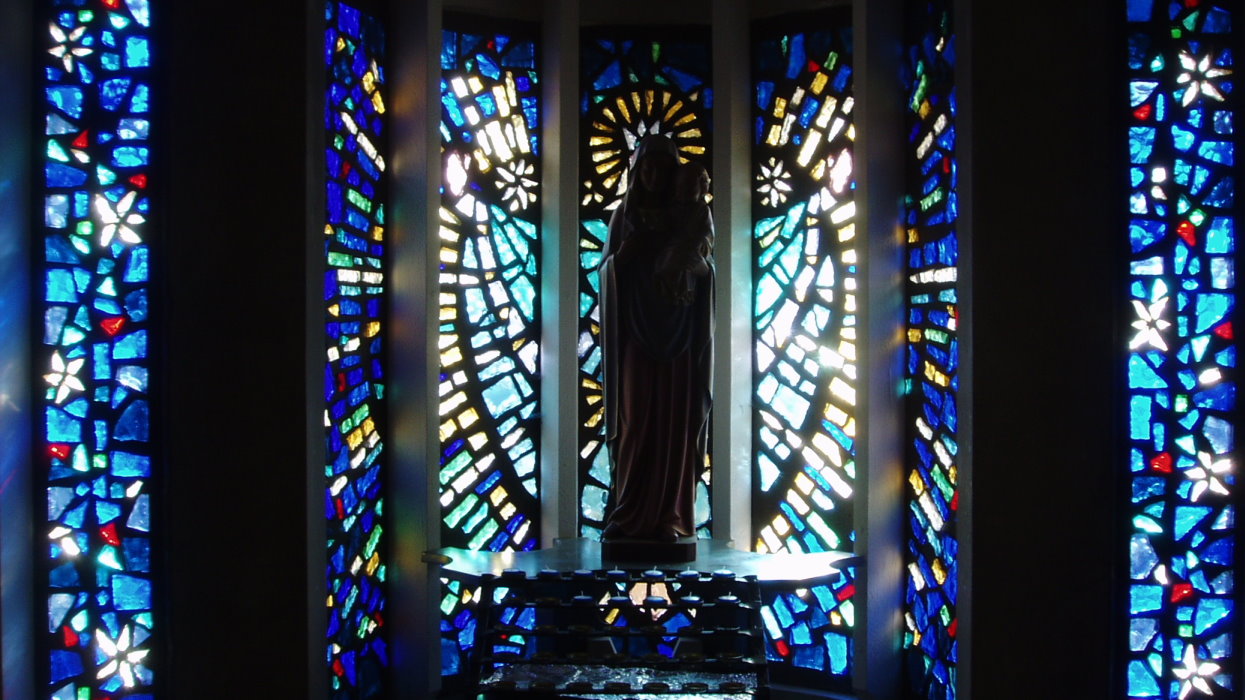 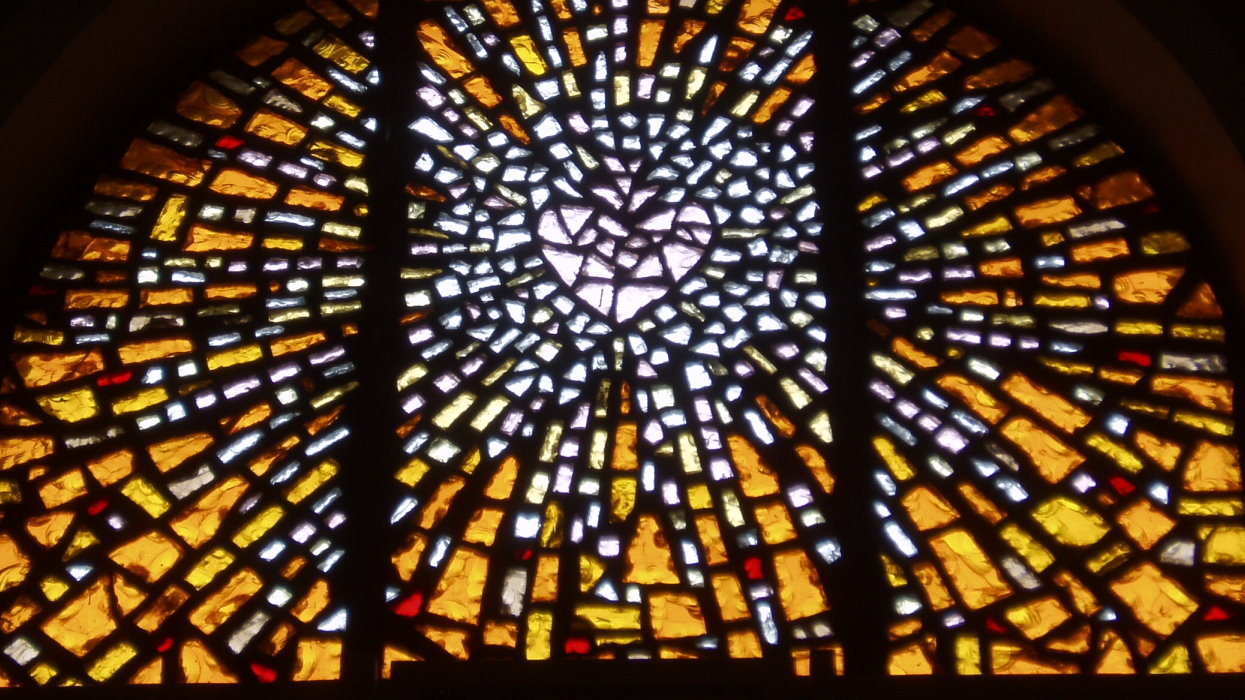 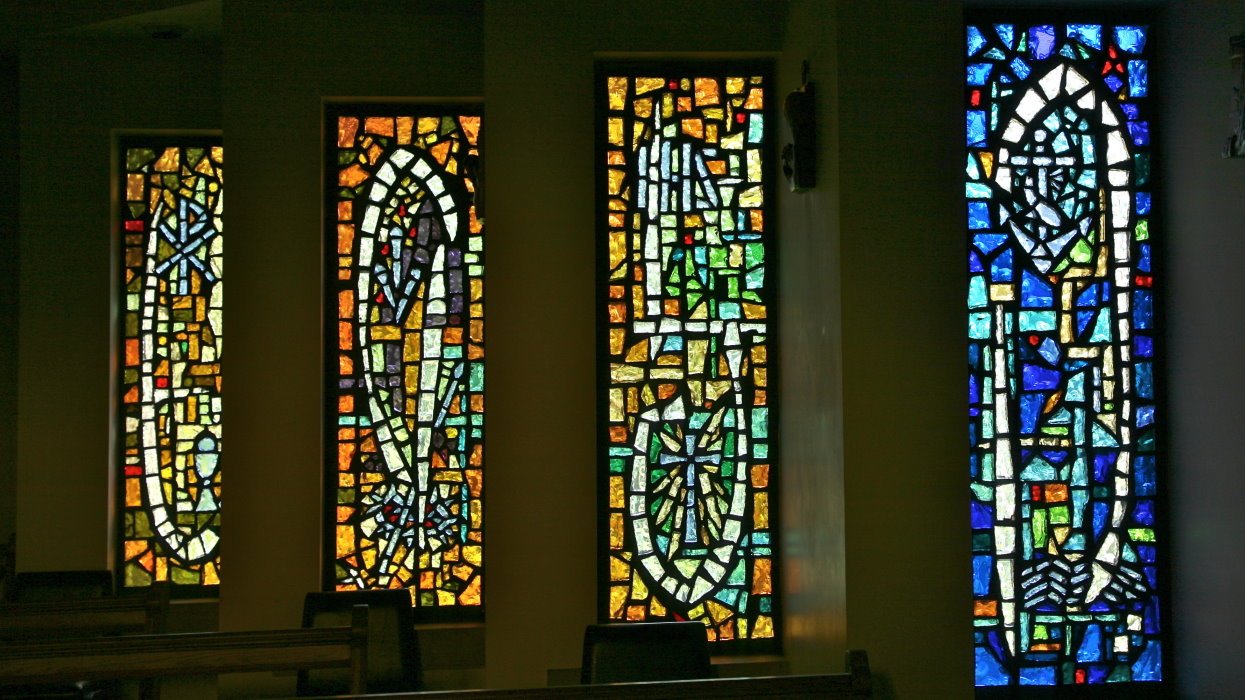 The Sacred Heart Roman Catholic church in Ilkley is a remarkable blend of traditional and modern architecture, with an entrance porch and apse in Victorian Gothic and north and south nave extensions dating from the 1970s with a saw-tooth wall arrangement, inspired by Coventry cathedral.

More remarkable still is the complete glazing scheme of contemporary stained glass, all executed in the dalle de verre (‘slab of glass’) wherein thick chunks of coloured glass are set in a concrete or resin matrix (as opposed to traditional lead). The technique was popular in the 1960s and 70s but sharply declined since, largely due to many such windows latterly suffering from heat expansion, leakages or structural problems.

The exceptional scheme of dalle de verre windows at Ilkley includes both windows with concrete and windows with resin matrixes; The earliest windows are those in the apse which utilise concrete, being the work of Pierre Fourmaintraux of Whitefriars. The remaining windows in the nave were executed with resin and supplied by John Hardman Studios of Birmingham in the late 1970s.